TOURS AND TICKETS FOR ALL OF THE MUST-VISIT ATTRACTIONS AND ACTIVITIES IN PARIS!

Learn something new about Paris’ most popular landmarks and attractions. 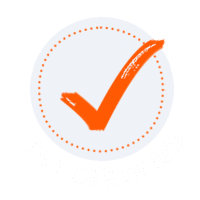 We found the best deals for attraction tickets and tours in Paris just for you!

Have an unforgettable visit to Paris

Book your tours and tickets online and make memories that will last for a lifetime.

PARIS – THE CITY OF LIGHT

More than 30 million people visit Paris each year. So it’s no surprise that there are numerous things to see, do and explore in the French capital. In order to make your trip to Paris the best it can be we are here to help you plan out your Paris visiting itinerary.

From the Notre Dame cathedral, Disneyland Paris tickets, and Seine River cruises, we found the best deals available online so you don’t have to go through the stress of trying to find perfect tours and tickets on your own.

Book one of the tickets or tours from our carefully curated lists and have the most incredible time in Paris!

Gain Skip-the-line access to all of the top attractions in Paris by purchasing your entrance tickets and tours online and in advance.

We found the best value Paris Attraction tickets & tours for you!

Take advantage of the Paris Museum Pass to access more than 60 of Paris' best museums and monuments. Explore famous sites, such as the Louvre Museum and Palace of Versailles, and visit the iconic Centre Pompidou. With this ticket, you'll also be able to skip the long lines at attraction entrances.

Save your time and money by purchasing this best-selling Paris Pass. Enjoy privileged access to the main attractions and museums in Paris. With this ticket, you will be able to visit Eiffel Tower, take a Seine River cruise, go on the Louvre Museum self-guided tour, and much more.

Hand-picked tours & tickets for the most popular attractions in Paris

Plan your stay in Paris ahead and book all of your activities in advance so you can truly be worry-free and enjoy your time in the City of Light and love.

Have a look at our top picks of the best tickets & tours you can go on in Paris!

Hop On Hop Off Bus

Explore Paris most quickly and conveniently! Book a 2, 24, or 48-hour ticket on a hop-on, hop-off sightseeing bus and discover Paris at your own pace. Enjoy the pre-recorded commentary through your audio guide device as you admire the view of many iconic sites, including the Notre Dame, Arc de Triomphe, the Champs-Élysées, and the Louvre Museum.

Discover the Eiffel Tower on a guided tour. After exploring the 2nd floor of the tower, head to the elevators to the summit. At the top, you will have an opportunity to enjoy some free time and soak in the spectacular views of Paris. Discover the Notre Dame Cathedral, the golden dome of the Hôtel des Invalides and rocadéro Gardens from a unique perspective.

FALL IN LOVE WITH PARIS AND ITS ROMANTIC ATMOSPHERE

Paris is one of those cities everyone has on their list of destinations they want to visit. This is no surprise because Paris is one of the biggest cities in Europe, and it radiates an incredibly romantic atmosphere that will make every visitor fall in love with this city.

The French capital has many nicknames, but the two most known are the City of Love and the City of Light. Many believe it comes from its dazzling city lights illuminating the bridges, churches, boulevards, fountains, and other iconic landmarks of Paris, such as the iconic Eiffel Tower.

This nickname dates way back to the mid-17th century during the reign of Louis XIV, also known as the Sun King or Louis the Great. When following his orders, Paris became one of the first cities in Europe to implement street lighting.

THINGS TO DO IN PARIS

There are so many things to see and do in Paris, and it’s almost impossible to do everything on your Paris to-see and do list in one visit. But the good news is that you’ll want to return to this charming city. If you’re planning your Paris trip, we are here to help you plan the most incredible visit to the French capital.

The places you just have to visit in Paris are definitely the ones you’ve probably heard of before. The Louvre Museum, the Eiffel Tower, the Palace of Versailles, the Sainte Chapelle, and the Notre Dame Cathedral are the top attractions every first-time Paris visitor should see for themselves.

Have a look at your selection of the best deals for Paris tickets, tours, and day trips!

EXPLORE PARIS AT YOUR OWN PACE!

Visit all of the popular tourist attractions in Paris by booking your skip-the-line access tickets online. Explore Musée d’Orsay, see the Mona Lisa while walking around the Louvre, and enjoy uncovering the history of the French capital at your own pace.

HAVE A MEMORABLE VISIT TO THE CAPITAL OF FRANCE

As one of the most popular destinations in Europe as well as the world, Paris has much to offer to its visitors. Have a look at our selection of the best tours you can book in Paris, choose the one that best suits your travel plans, and have the most incredible time exploring Paris. All tours include skip-the-line tickets and an expert guide. In order to provide you with the best possible experience, all of our hand-picked tours are organized into small groups.

EXPERIENCE FRANCE OUTSIDE OF THE PARIS!

If you’re staying in Paris for more than just a few days, we highly recommend looking into booking a day trip from Paris. Explore what France has to offer and visit wonderful places like the Versailles Palace, the Champagne region, Mont Saint Michel, or Normandy.

Have fun in Paris and make lifetime memories!

Enjoy unique experiences and spend a wonderful time with your family and friends in Paris! Book your Paris experiences online and enjoy your visit to the City of Light to the fullest. In Paris, there are so many attractions to see and things to do that it’s almost impossible to fit everything into one trip. Whether you would like to visit the Walt Disney Studios, take a tour of Versailles Palace, or experience the city’s beauty by going on an ultimate Paris bike tour, one thing is sure, you will have a fantastic time!

Experience the thrills and excitement of both parks at Disneyland Paris by purchasing this 1-day skip-the-line ticket. Meet all of your favorite Disney characters, and marvel as fairytales come true. As the night falls, prepare to be mesmerized by the breathtaking “Illuminations” show.

Book this gourmet food tour of the Paris neighborhood - the Marais, and indulge in a culinary and aesthetic delight of Parisian food and wine. Follow your local food expert and tour guide on this small-group tour and discover the beauty of French cuisine.

Visiting Paris – Tips & Information you need to know before visiting

Visiting a destination for the first time can be confusing and stressful. That’s why we have gathered all the useful tips and information you’ll need to know before your first visit to Paris.

From what’s the best time to visit the capital of France to the working hours of the main Paris attractions. We have gathered everything you should know in one place. Learn all about Paris and the amazing places you can visit there.

Take a look at our carefully selected list of best tickets & tours of Paris. Embark on your French adventure and make the most of every second spent in Paris by booking your tours and tickets online and in advance.

See Paris’s iconic sights while enjoying this incredibly relaxing River Seine cruise. Listen to an audio guide and learn something new about the world’s best-known landmarks, such as Notre Dame, Louvre Museum, and Eiffel Tower. Take advantage of this unique opportunity to see the entire city without having to walk.

Buy this Eiffel Tower skip-the-line ticket and save yourself time and money. Head to the summit floor by elevator and soak in the spectacular views of Paris from above. Spot some of the iconic city landmarks, including the Seine River, the Trocadéro Gardens, and the Invalides. This ticket also includes an optional audio guide, so you'll be able to learn more about the monuments you see.